From chamber pots to shower toilets - a potted history

Today most countries in the western world take the clean, hygienic indoor toilet for granted - but life was very different for our ancestors. 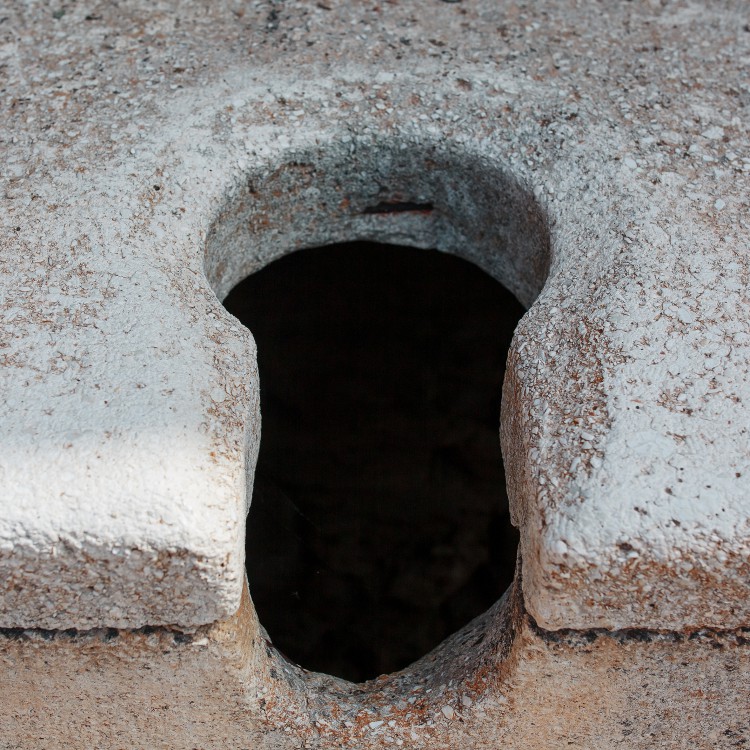 Going behind a bush was not for the Romans, these masters of plumbing had both public and private toilets – basically just a seat with a hole. Going to the loo could be a scary business in Roman times - public latrines like those that can be seen at Pompeii were notorious for terrifying customers when flames exploded from the seat openings. These were caused by gas explosions of hydrogen sulphide and methane that were noxious as well as frightening.  Customers also had to worry about rats and other small vermin threatening to bite their bottoms. And then there was the perceived threat of demons that the Romans believed inhabited these black holes. There was no toilet paper, just a communal sponge of wool, moss or leaves on a stick.

The Romans had city sewers – but very few toilets were linked to them as there was no trap to stop things coming up through the drain and into the house. Allegedly, a wealthy Iberian merchant in the city of Puteoli who had his indoor toilet linked to the sewer had nightly visits from a giant octopus that swam into the sewer from the sea and proceeded up through the house drain in the toilet to eat all the pickled fish stored in the pantry. The seat with a hole continued to be the only option. The ‘necessary house’ as it was sometimes called was nearly always separate from the main building – although some finer houses and castles had alcoves built into thick upper walls linked to a stone chute that took waste to the moat or a ditch – literally a long drop.   Wealthier people also had chamber pots made from either earthenware or pewter.  Prosperous travellers took their pot with them on journeys - public toilets did not exist.  The ‘potty’, probably derived from the use of ‘pottery’ continued well into the 20th century but with the advent of vitreous china became  lavishly decorated and part of a matching set that also included a large jug for water and a basin for washing. The outdoor ‘privy’ derived from the old French word privé had a bucket below the seat to catch the waste – which was collected by what were known as night soil men. There were many British homes with these outdoor privies well into the 1960s. 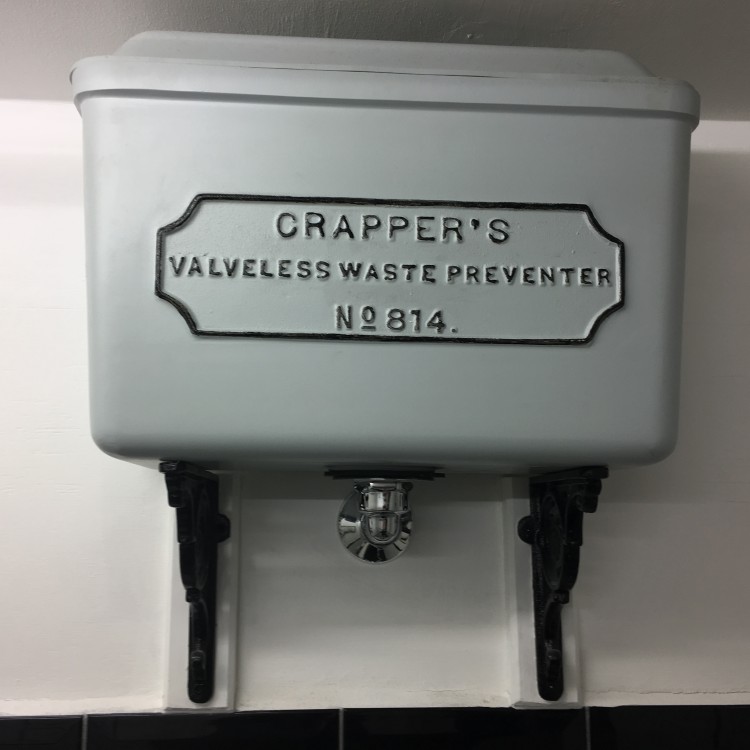 The first modern flushable toilet was invented in 1596 by Sir John Harington, an English courtier and the godson of Queen Elizabeth I. Harington’s device called for a 2-foot-deep oval bowl waterproofed with pitch, resin and wax and fed by water from an upstairs cistern. Flushing Harington’s pot required 7.5 gallons of water, filled by hand by a team of housemaids, a torrent in the era before indoor plumbing. Harington noted that when water was scarce, up to 20 people could use his device between flushes. Although Harington installed a working model for Queen Elizabeth at Richmond Palace, it took several centuries—and the Industrial Revolution’s improvements in manufacturing and waste disposal—for the flush toilet to catch on.

In 1775 English inventor Alexander Cumming was granted the first patent for a flush toilet. His greatest innovation was the S-shaped pipe below the bowl that used water to create a seal preventing sewer gas from entering through the toilet. In the late 19th century, a London plumbing impresario named Thomas Crapper manufactured one of the first widely successful lines of flush toilets. Crapper did not invent the toilet, but he did develop the ballcock, an improved tank-filling mechanism and improved the S shaped pipe to create the u-bend. His apprentice Frederick Humpherson whose ancestors are still in the bathroom business today produced the first pedestal wash down WC made from one piece of ceramic ware – the true forebear of the toilet we know now.

The big problem continued to be where the waste went, particularly in urban areas. The ‘Great Stink of London’ and an outbreak of cholera in 1859 led to the building of a sewer system designed by Joseph Bazalgette and still in use today. Toilets have moved on. Approval for the flush valve to be used in the UK (circa 1890) made water saving push button dual flush and sleek wall hung designs with a concealed cistern possible.  A step further and we have the sophisticated shower toilets such as VitrA’s Aquacare and V-Care ranges. The built-in washing functions provide a super hygienic and refreshing experience and completely negate the need for toilet paper. We have come a long way since the Roman long drop and sponge on a stick!